But how exactly will the Sky Blues line up against the Suns? 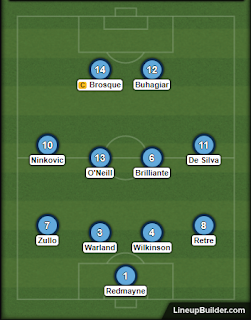 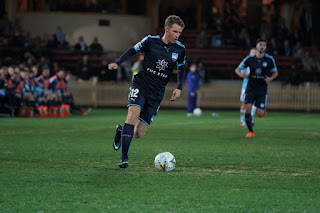 Following on from two preseason friendlies, it looks like Corica wants to try a traditional 4-4-2. Buhagiar and Brosque played together up front against Sutherland and I\’d wager he\’ll be trying the same formation again.
Rhyan Grant is out injured with a broken arm, so Retre is the likely choice to replace him. With van der Linden yet to complete his medical, it\’s unlikely he\’ll be in the match squad. Thus, Warland will be the starting CB alongside Wilkinson.
Big \”ins\” will be Danny De Silva, who will be eyed as the replacement for Adrian Mierzejewski at least for this match. Ninkovic to start on the left of midfield, similar to the 2016/17 campaign.
I think this will be a fairly uneven contest, but for the first 20 minutes it is imperative to Rockdale to try and push for an early goal. During the previous two seasons, Sydney have been slow out of the blocks and they will need to exploit this. Get an early goal, they can set up defensively for the rest of the game.
This in theory will be a comfortable win for Sydney. They\’ll be very much in preseason mode, but during previous R32 and R16 clashes they\’ve had some very high scorelines (including the FFA Cup record 8-0). 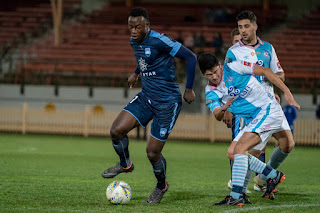 The match will be a good test for Brosque, who is ageing but still the charismatic leader of the team. I see him only getting 45 minutes before subbing on youngster Charles Lokolingoy who will aim to impress. The Congolese born youngster barely got a sniff in under Arnold but I see him being a very useful impact player and a good replacement for Matt Simon with his hold up play and pace.
With Buhagiar, and De Silva getting their first competitive matches I\’d expect at least one of them to steal the show. Buhagiar\’s lightning pace will be on show, but if his finishing can match it remains to be seen.
Milos Ninkovic, entering his fourth season at the club, will be always a delight to watch. His intelligence on the ball and outstanding vision should cause a few \”career ending\” moments for opposition defenders.
Brandon O\’Neill and Josh Brilliante have been a terrific combination together in the midfield these past 2 seasons, so this will be a decent chance for them to shake off any cobwebs. Chris Zuvela would be their replacement from the bench.
In between the sticks, Andrew Redmayne will be the likely starting keeper, in his third season at Sydney FC.
SCORE PREDICTION: Rockdale City 0-3 Sydney FC
MOTM PREDICTION: Milos Ninkovic
Advertisement