This would be a strong answer to the signing of Keisuke Honda by rivals Melbourne Victory. They currently face competition from newly promoted Cardiff City for his signature – and his set price tag of £3 million.

However, Cardiff would likely use the Spaniard as a bench option, whereas the Sky Blues would be giving him better wages and a starting spot. In Turkey, the majority of his appearances came from the bench.

This would also continue the line of Turkish Süper Lig players joining Sydney FC, and the third \”Black Eagle\” to join after Holosko and Bobô.

The striker won the English Premier League with Manchester City, scoring 9 goals in 32 appearances. But he made a name for himself at his previous club, Sevilla. At the Spanish club he scored 70 goals in 139 appearances between 2009 and 2013. 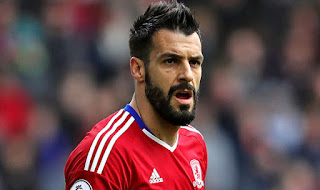 He also had loan spells at Valencia, and Middlesbrough before joining Besiktas in 2017 where he was scored 7 goals in 31 appearances.