Ahead of Siem De Jong\’s move to Sydney, I spoke with Ajax Amsterdam supporter @DynamicNeres to get the low down on the new Sydney FC signing. Thank you very much for helping out with this, chuck him a follow. 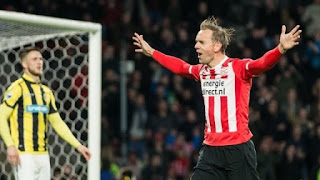 All Sides Of The Harbour: What position or positions does de Jong play?

ASOTH: What are his strengths as a player?

DN:  His strengths, I think he has two main strengths, first being he has a lot of experience. Played for the Dutch national team, and played in the English Premier League. He scores often, most of the time he is at the right spot at the right time to score.

ASOTH: What is his play style? What can Sydney fans expect to see from him?

DN: He is a really attacking player. He can score headers, is good with penalties and can also provide assists. If needed he will help try to regain the ball by defending from the front and tracking back. The fans can expect goals and assists from this guy.

ASOTH: He seems to have had an injury ridden few years. When he is fully fit, how good can he be?

DN: His injuries had a major impact on his career. He was Ajax captain and was very important before his injury. Then he went to Newcastle and picked up an injury, he never got back to his old form. When he is fully fit he can be a real threat to the opposition.

ASOTH: He seems to have captained Ajax in the past, how is he viewed by fans?

DN: He was always loved by Ajax fans. However last year he was loaned out to PSV (Big rival of Ajax) by Newcastle, and to make things even worse he scored for PSV against Ajax in one of the most important matches of the year. He is not really loved anymore but also not hated when he returned. He lost some respect with the fans then. I think you did good business getting Siem and I\’m sure he will perform. Good luck for next season. 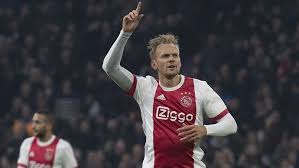