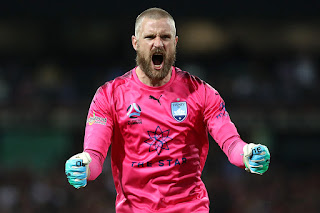 The Sky Blues got off to a brilliant start, with Adam le Fondre firing past Janjetovic on 4 minutes after the keeper saved his first shot. The Englishman showed real strikers instinct to get into the goal scoring position, after Retre\’s long shot was blocked by a Wanderers defender, but landed to the feet of le Fondre.

The first half was a fairly even battle, with the Sky Blues edging it only just thanks to that goal from le Fondre.

7 minutes into the second half, captain Alex Brosque doubled the lead for the hosts – converting a typical let footed finish across the keeper – after Ninkovic won the ball from a weak Wanderers pass just inside the box. The skipper celebrated his 200th appearance for the Sky Blues in style – and became the first Sydney player to score up the SCG Cove end.

The Wanderers were seemingly handed a lifeline by Roly Bonevacia – with the Curacao-born midfielder striking an effort in after a cross wasn\’t cleared by Sydney FC. However, the assistant failed to spot an offside player obstructing play in the buildup, and the much maligned Video Assistant Referee pointed it out to Referee Beath, who overturned the goal.

Western Sydney manager Markus Babbel was sent off for his theatrics inside his technical area, which sparked a bit of a resuscitation in the Red and Black. They won corner after corner for the last 30 minutes, but failed to create a single solid effort, bar one header which was cleared as it headed on goal at pace.

In the 94th minute, Oriol Riera thought he had pulled back a consolation game – but this time there was no need for the VAR as the linesman spotted the offside live.

The Sky Blues bagged an important first win of the season, and first win at the Sydney Cricket Ground.

But what did we learn from the Sydney Derby? 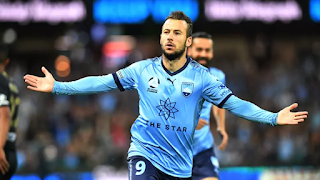 The Englishman had a lively game, applying a lot of pressure on the back four and goalkeeper, and constantly making himself available to receive the ball. His game as a striker is different to Bobo\’s, but his workrate is very similarly high. He was a useful option to pump the ball too, with some decent pace on him and confidence to take on his man. We\’re looking at a striker who is well and truly in their element.

Despite his truly horrendous mullet, we\’ve missed Rhyan Grant. His industrious and lung-busting runs were such a big part of our style of play, and we sorely missed him last season – even with Wilkshire\’s experience. He makes the needed tackles, is constantly running up and down, and reads the game well. The width he offers the team is so vital. We\’re lucky to have him back.

There was a serious swagger to the way Sydney played; the passing, the movement, the incisiveness. O\’Neill and Ninkovic had very strong games, with both contributing enormously to the team. Ninkovic, who is closing on 33 years old, looked just as bright as 3 years ago. His anticipation and vision is top notch – very few players in the competition\’s history have been on his level. O\’Neill was typical in his workmanlike performance – even when his passes were not amazing he had the right idea in mind. 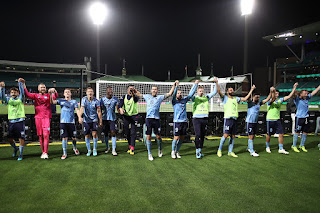 One of the contributing factors to Wanderers struggles of the last 3 years has been the home grounds and the bad start to every ground they played at. This was a vital win for the club. First game at a very unfamiliar ground and played no differently than usual and more importantly – got those three points. It cannot be stressed enough how important the first games at each of the three home grounds will be.

This is just a simple thing – talk about the football, not the refereeing. We just had a highly entertaining game with two very keen teams fighting out in front of just over 30,000 supporters. Focus on the 90, not the controversy.
I think Sydney are in a very good place heading into Wednesday\’s cup final. The loss of Siem de Jong to a minor hamstring injury is a blow, but I have full faith in whoever is picked.

Dominant without being superb, Sydney should be very happy with their overall performance and victory. Sydney remains sky blue yet again.