A lot of criticism has been thrown at Steve Corica over the last month or so, about his tactics and coaching style. For the first time in years, we\’re actively discussing sacking a coach after 7 rounds – which to me is incredibly reactionary. 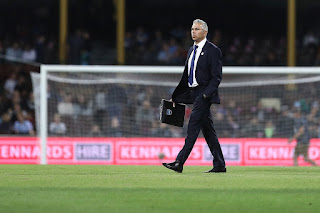 This is not how fans should be thinking and reacting. We owe Corica and the club a lot. Any manager who replaces Graham Arnold is in for a tough ride. He is, in my opinion, the greatest manager the A-League will see. People forget how rare it is, especially in a salary capped league, to have such a dominant force.

Things have definitely not started well for Corica. He lost the spine of the team – Buijs, Adrian, Bobo, and Wilkshire to some extent. That is 4 highly experienced starting players – and then the losses of Matt Simon and David Carney – the impact subs. He\’s had to be flexible with his squad as well with the amount of injuries we\’ve picked up – Buhagiar, Warland, Zuvela all injured before the season started.

Lokolingoy, Devlin, Ivanovic have been chosen as the new impact subs with the current injuries. Together, they\’ve had 15 appearances – none of them ever starting an A-League match. That is a massive fall from Matt Simon (over 200 appearances prior to joining Sydney), and David Carney (over 150 appearances prior to second spell at Sydney). 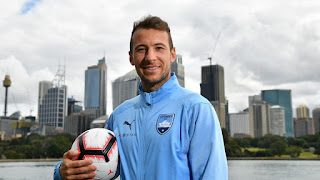 As for replacing Buijs, Adrian, and Bobo – there have been mixed results. Jop van der Linden is the direct replacement for Buijs, but has been unimpressive and a massive step down from Jordy Buijs. Adrian\’s replacement has been Siem de Jong – who copped an injury in round 2 and only just made his return – so it is hard to judge him yet. As for Bobo\’s replacement Adam le Fondre – he has clearly been a success so far. 9 goals in 10 appearances, and actively makes players around him better.

It is also true that the premiership winning players still at the club have been underwhelming so far. Bar Retre and Grant, none of them look close to the team who won the league by 17 points last year. I question their desire at the moment. Brilliante, Wilkinson, and Zullo have all been very below par. All three of them were in the PFA Team of the Year in 16/17 and 17/18, but have looked anything close to that 7 rounds in.

The key performance indicator for Corica in my view isn\’t really the league. If we finish top 6 – neat – but otherwise I think it matters less. The Asian Champions League should be where we really find out how good he is. 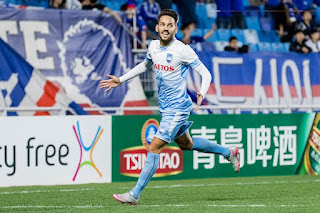 Arnold fluffed his last Asian Champions League campaign, by quite a lot – but let\’s remember his first ACL campaign with Sydney FC in 2016. We reached the Round of 16 with a team that included Andrew Hoole, Mickael Tavares, Zac Anderson, and Riley Woodcock. None of them would generally be considered good enough – but Arnold made them work into his system. A proper structured system.

He was careful in away matches, setting up defensively and focusing on counter attacks, with the pace of Naumoff and experience of David Carney. At the back, Matt Jurman and Seb Ryall were the brick wall. During the 2016 campaign, Sydney conceded just four goals in the group stage. Three cleansheets out of 6 matches.

Importantly, that campaign set up the foundations for the 2016/17 team structure. It was when we discovered how good Brandon O\’Neill, Matt Jurman, and Rhyan Grant could be, and also where we needed to bolster the squad.

I bring this up because I think we can easily replicate the feats of that 2016 campaign with this squad, with some minor additions in January. Calver, Warland, Retre, and youngsters like Ivanovic, Zuvela and Devlin can really make a name for themselves in Corica\’s future plans.

In Asia, I believe that it is entirely possible we\’ll do well. But only if we realise we need to play defensively away from home, be solid at home, and play with a proper structure. That means being conservative with formation – change it to a 4-2-3-1 or 4-5-1. Utilise our pacy players, and keep one or two experienced players on the bench to be game changers.

In my view, this is how we should set up in Asia:

As for players we need to sign, I think for the ACL the club should look at a natural left winger such as Mitch Duke (currently a free agent after several years with Shimizu in the J.League) and bringing in another left-back – perhaps Alex Gersbach on loan.

I believe in Steve Corica, and think he can fix the squad\’s current issues and really think the Asian Champions League will be his time to shine.

2 thoughts on “Bimbi in the Headlights”