Alen Stajcic was sacked as Matildas manager on Saturday morning but we are far from hearing the end of the issue. In the wake of not truly knowing what the story is behind Stajcic\’s sacking the hole of story has been filled with endless hot takes on social media. 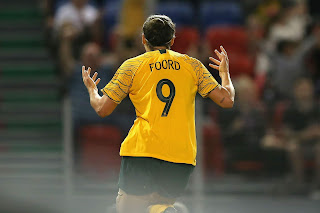 Unfortunately, it\’s hard to feel like many of them come from any place of wisdom or experience but instead are based on vitriol towards Football Federation Australia. Due to past incompetency many are struggling to believe that the FFA have perhaps made the right call, or that there might truly be deeper issues at play.

Over the weekend we\’ve seen endless tweets from notorious women\’s football expert Ray Gatt. Yeah, the guy who is so well known for his knowledge of the women\’s game. Unfortunately due to his large audience, his half-baked opinions and conspiracy theories have reached a large section of the Australian football community.

I\’m not going to outright say Ray Gatt doesn\’t deserve an opinion on this, but his opinion should not be viewed as validly as people who are more involved in the game. People who are constantly talking about the Matildas and the W-League should in my opinion have amplified views on this story.

Due to generational, and societal issues it feel like some people are very willing to force down the idea that women cannot be trusted, that they\’re \”over emotional\” or that they\’re too delicate to know what is best for them. There is a history of blaming women for a lot of things, and that is clearly on show in this story.

After a Dom Bossi article in the Sydney Morning Herald which went into reasons why players allegedly felt uncomfortable in the dressing room – which included homophobia, body shaming, bullying, and harassment from staff – a lot of people said they just needed to toughen up, that they\’re too soft, and they should be coping with pressure better.

This sets a dangerous precedent in my view. Mental health amongst sportspeople has been a longstanding but very rarely adequately discussed issue. Women in football have an extra layer of pressure on them with lower pay, needing to play more matches in a year leaving less personal time, and normal daily concerns.

I was reminded of an article from a decade ago about Hungarian footballer Zoltan Gera who talked about how with the help of coaches and senior figures he weened off drugs as a young man and dedicated himself to his craft. A lot of his story went into how when you\’re young it can be very hard to have the right people around you and sacrificing a lot of time to better yourself at football – with family often taking a backseat.

It\’s not hard to imagine that current younger players in the Matildas set-up feel like they do not have a good senior figure in the dressing room to discuss mental well-being. The manager of the team needs to take responsibility in my view to establish a good culture of being able to speak up – and that also means staff.

According to an ABC article about the alleged reasons why he got the sack it does seem to point to the team not feeling comfortable and having high levels of stress which lead to a culture of fear. Football is a tough sport, but when your livelihood feeling threatened by the idea of speaking up – there is clearly an issue.

The FFA\’s inadequate statements definitely have not helped this situation. In my joke article I poked fun at David Gallop\’s hastily arranged and poorly done press conference. The FFA definitely deserves some blame for how they\’ve managed this situation – but do not let past FFA issues frame your view on this entire story. I highly, highly doubt they would have sacked a successful, mostly well-liked manager such as Stajcic for no reason.

Of course, I don\’t know what happened. I cannot call myself an absolute expert on anything – I write about Sydney FC and watch as many A-League, W-League, and national team matches as possible.  I am not an expert on the Matildas and I cannot claim to be. I simply hope to offer a point of view which could help people in how they view this situation.

I ask that people instead of staking blame at people already instead wait until we hear further, and remain open-minded about this situation. There is room for meaningful discussion of Stajcic\’s tactics, performances on the pitch, and the future which I haven\’t seen discussed well or at all.

The Matildas were not a favourite to win the World Cup this year – they are a very capable squad however and Stajcic\’s sacking doesn\’t change in my view how good this group of players can play together. People who believed the Matildas to be favourites were often not particularly well-versed in the discussion I find.

The future remains bright for women\’s football in Australia. With the W-League broadcast deal, the increasing pay for players, and the deserved recognition of skill we could be set for a great near future. These are the parts of the foundation for the future. We can improve, and I\’m sure we will.

Thank you for reading this ramble-y opinion piece on the situation. I hope you\’ve enjoyed the read or come away thinking something.

As always, thank you to everyone who has supported me on ko-fi. It is very much appreciated and I\’m very happy with the progression of this blog.