Yesterday saw the Australian transfer window shut, in an unusually quiet one for most of the league. Sydney however, did dominate the signings made – bringing in 3 new players, releasing 1 and giving contracts to 3 other players. Let\’s talk about these deals. 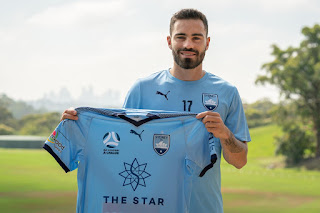 Sydney completed the loan signing of Anthony Caceres from Manchester City early in the month, with the 26 year old signing for his third A-League club. Capable of playing both central midfield and in attacking midfield, he will prove useful for the upcoming months. His opening appearances were fairly strong in central midfield before succumbing to an injury against Nix. Expected back in 3 weeks.

The fan favourite Jacob Tratt impressed in his injury replacement spell at Sydney, and won himself a 6 month contract after scoring a second goal for the club. Versatile at the back, and very clearly happy to be playing football again. Hopeful we sign him on a 2 year deal at the end of the season. Very good move from Corica and McFlynn to bring him back home.

The young gun scored himself a senior contract until the end of the season, after impressing off the bench for the Sky Blues. Well received by supporters and clearly rated by Corica. Could become a massive part of the future for Sydney.

Young goalkeeper Thomas Heward-Belle signed an extension with the club and will surely be the back-up keeper for the coming years with Cisak set to depart. Has been working with goalkeeping coach John Crawley for close to all of his young career, and having seen how Crawley has helped Redmayne and Vukovic I think he\’s in safe hands.

The former Iranian international was the showpiece signing of the transfer window for not just Sydney FC, but the entire A-League. A striker with vast experience overseas and 17 goals for his country, and over 30 goals in the Netherlands for Heerenveen. Very pleasing to get a +1 for Asia, and his combination with le Fondre could be what brings us a third successive premiers plate.

Congolese born Australian striker Charles Lokolingoy was released by the club on deadline day. I\’m gutted things didn\’t work out for him at Sydney, an incredibly nice kid but never got enough time under Arnold or Corica to really improve. In hindsight should have been starting matches towards the end of last season. I wish him all the best and hope he finds success elsewhere. Good luck Charlie.

The deadline day signing of Mitch Austin is an interesting one. A solid left-winger with plenty of A-League experience, but rotten luck with injuries and game time. Started his career as a Manly United junior before signing with Mariners, then plucked from the Gosford by Melbourne Victory. Couldn\’t break into the Vuck first team with such high quality players in that side, and this year joined Newcastle Jets after recovering from an ACL injury. Pacy, strong, tall, and left footed.
His signing has been criticised by some but I also remember people arguing players like Andrew Redmayne, Paulo Retre, and Brandon O\’Neill weren\’t good enough when we picked them up. I think Austin is a pretty decent signing in truth, as we really have no left wing cover. Austin will prove valuable during the tough Asian Champions League campaign and I\’m sure Corica will get him going strong. 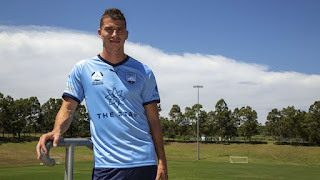 Overall, a productive window for the Sky Blues as they head into the challenges of Asian football yet again. Terry McFlynn, Danny Townsend, and Steve Corica all deserve a pat on the back for the effort put in to get Reza in particular. With added reports from media that Rhyan Grant, Brandon O\’Neill, and Josh Brillante are set to re-sign with the club I\’m very happy with the direction the club is headed in.
As always, thank you to those who have supported me on ko-fi. I very much appreciate it, and am working harder to get more content out.
Follow me on twitter at @jamie_dunkin
Advertisement