Dutchman Siem de Jong has not been lucky with injury yet again in his career. The on-loan Ajax forward has had to fight off 2 long injuries since joining Sydney FC. The 30 year old struggled at Newcastle in the English Premier League and upon return to original club Ajax, before being loaned to the Sky Blues. 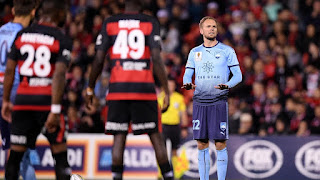 The saddest part of it all? He\’s a superb player who could carry this team to a Grand Final. He\’s a step above in vision, technical ability, passing, scoring, and has a mean free-kick, not to forget his height which causes problems for any defence.

His absence has I feel been the part that has most affected this season\’s trajectory. The current starting XI really don\’t seem prepared without him. Continued overuse of the long ball which works great with a tall player like de Jong but falls flat without him. Opportunities have too dried up for Sydney\’s strikers, with Adam le Fondre only scoring 2 goals in 5 compared to his strike rate of 5 in 9 when de Jong was fit from December to mid January.

Sydney scored 18 goals when the Dutchman was fit, with him being directly involved in 7 of those (3 goals, 4 assists). Since then, just 5 goals scored, and 2 matches lost against bottom teams.

I\’ve said before that this side should have the captain or a good leader up front when Alex Brosque isn\’t present, and de Jong for me fulfilled that role. Siem\’s experiences captaining Ajax in the Champions League, and Newcastle in his brief spell there show he\’s a natural leader. Our style of football is very attacking based when it works, and the captain is the on-pitch person to make sure that the style is adhered to – it\’s partly why Brosque was chosen as captain by Graham Arnold.

With the latest news that de Jong has suffered another setback on his return to injury (about another week or two) I really wonder if we ever had a back-up plan for when Siem wasn\’t around. The signing of Reza Ghoochannejhad has kind of been paper over the cracks of the issues but I think slowly everyone is realising this Sydney side just ain\’t it this season.

I fear that Ninkovic\’s recent poor form has been in part due to de Jong\’s absence. Ninkovic is now forced to do multiple roles which he isn\’t quite capable of, and half-assing a lot of those. While the current formation isn\’t kind to Milos to begin with, it has been amplified in my opinion as of late.

It\’s fairly obvious to me that we won\’t be seeing Siem de Jong return next season, unless there is a sudden cure for every possible injury. It\’s disappointing that when de Jong really started to get into a rhythm he gets a nasty tackle from behind as is injured for a month. I believe if he hadn\’t copped that tackle, we would have won the Australia Day clash, and been far more strong against Roar and Mariners.

How he does in the Asian Champions League could really prove his worth to the team. In theory, once we have everyone possible back, our front four will be Reza, le Fondre, Ninkovic, and Siem – all our foreign players. I\’ll be writing a more in-depth preview of the ACL campaign soon – keep an eye out for that. 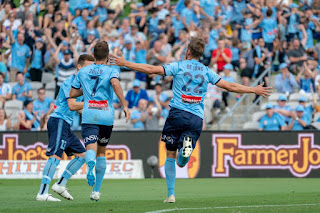 As for Wellington \”away\” this weekend at Campbelltown, I\’m hopeful we start Ivanovic and drop a few underperforming players. Ivanovic has been very good for us in his cameos, and could be our X-Factor if he continues to get game time – which I\’m sure he will with the aforementioned Asian campaign upcoming.

Thank you for reading another of my rambling pieces, and thanks again to those who support me on ko-fi – your support is very much appreciated.

3 thoughts on “The Case Of Siem de Jong”